Top 10 Bar Games to Have Fun at Atlanta Bars 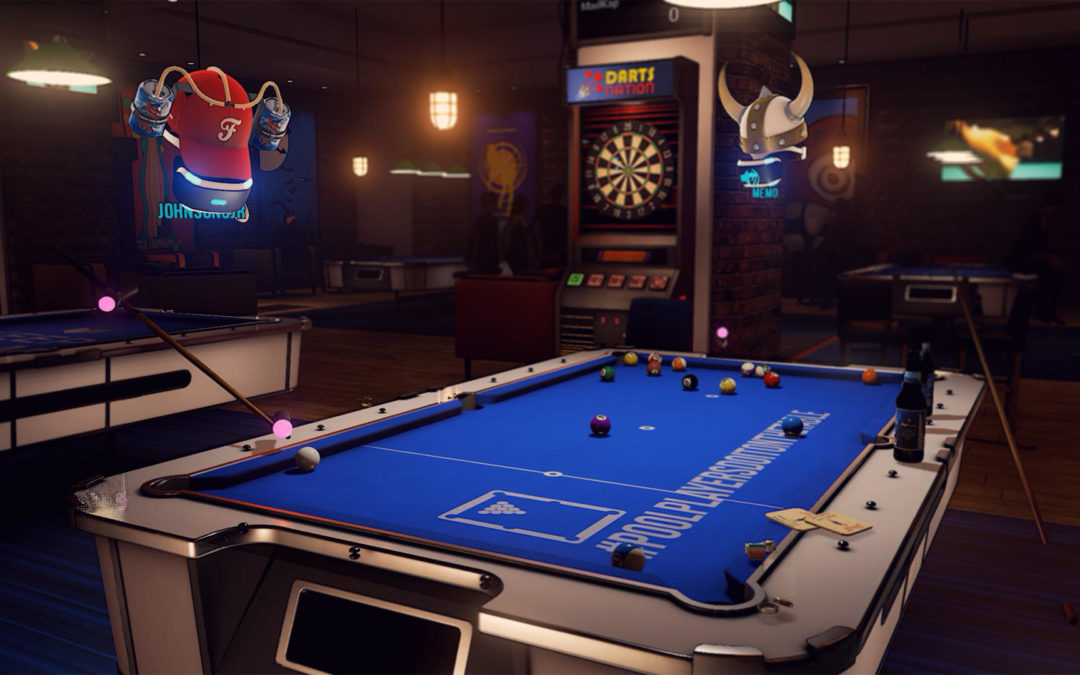 A Bar refers to a place where you go for drinking, there are stools, a counter, plenty of bottles and glasses in shelves behind that counter and a sexy bartender or a sitting lounge with a few tables and chairs and a dance floor as well in some cases. That is an image of a bar that many of us have in our minds isn’t it? These are the basics of a bar but we are humans and we are always unsatisfied with the basics aren’t we? “Good enough” is never “Good enough” for us. Many of the Bars nowadays go an extra mile to make sure that you enjoy your time over there by offering you Fun games. And that is why you go to a Bar on a Friday night, to have fun. These are the 10 best bar games to play with your friends to enjoy every bit of your Friday night.

“Classic never goes out of style” Darts was first played in 1860s and it is still a popular game in an era of virtual reality games. Darts is a game in which sharp little arrows are thrown at a wooden board which is fixed to a wall. Isn’t it joyous to play darts with your friends with a glass of beer in one hand and the darts in other? Surely it is. The sense of competition of this game makes it one of the best games to play in a bar.

Pool is also known as Billiard. The game is played on a rectangle shaped table that has six pockets (Four in Corners & Two in the middle of right & left borders). There are few balls and you just have to deposit the colored balls in these six pockets by using a white ball and a wooden stick. There are many games to play on a pool table but eight ball, nine ball and the straight pool are the most familiar ones. This game has become a significant part of many bars and pubs. And it is popular in men and women of all the ages.

It is a well-known game in which you have to push the plastic and metal discs with your hand from one side of a long table to the other side of the table (Scoring area). This table is usually 9-22 feet long and 20-30 Inches wide. This game is also a stunner to play in a bar while enjoying your drink.

Caution: “This game has a strong level of addiction.”

Jenga is game of 54 little blocks. There is a tower made by these blocks and you have to make this tower taller than before by removing a block and placing it on the top of the tower. The one and only rule of this game is that your tower should not fall. So you have to stay focused while drinking a glass of your drink. It is definitely an amazing game to be played in a bar.

Cards games have an intensive level of addiction. There are tons of games that can be played with a deck of 52 cards. You can play solitaire or hearts or blackjack or slapjacks or anything you want to play while enjoying your favorite drink at the bar.

Very few of the bars have cornhole because it needs a little more place than other bar games but it is definitely an entertainer. Players have to throw little bags of corn from a distance to a raised platform which has a hole on its far end. Each bag in the hole has 3 points while the others over the platform has 1. This game can be played in groups as well.

This game is played on a machine called the pinball machine which has one or more steel balls and a playing field which has 2 flippers on its lower area and a drain between the flippers. The main objective of the game is to avoid the ball from going into drain by hitting it with the flippers. It is also a fun game to play at the bar.

Chess is one the world’s most famous games it is played by millions of people around the globe. It surely has a sense of seriousness and intensity but it is fun to be played with your friends in a bar especially when the bar is based on a classic theme.

Foosball game is a table game it is also called the table soccer. This game is same like football but you play it with your hands instead of your feet on a table. The Foosball is a famous game to be played at pubs and bars since 1970’s and it is still in fashion.

The Big Buck Hunter is a hunting video game in which you have to hunt down the animals with a gun in your hand. It was used to be a single player game with one gun but now it can be played multiplayer with two separate guns. You can enjoy your drink and hunt with your best friend at the same time in the bar.