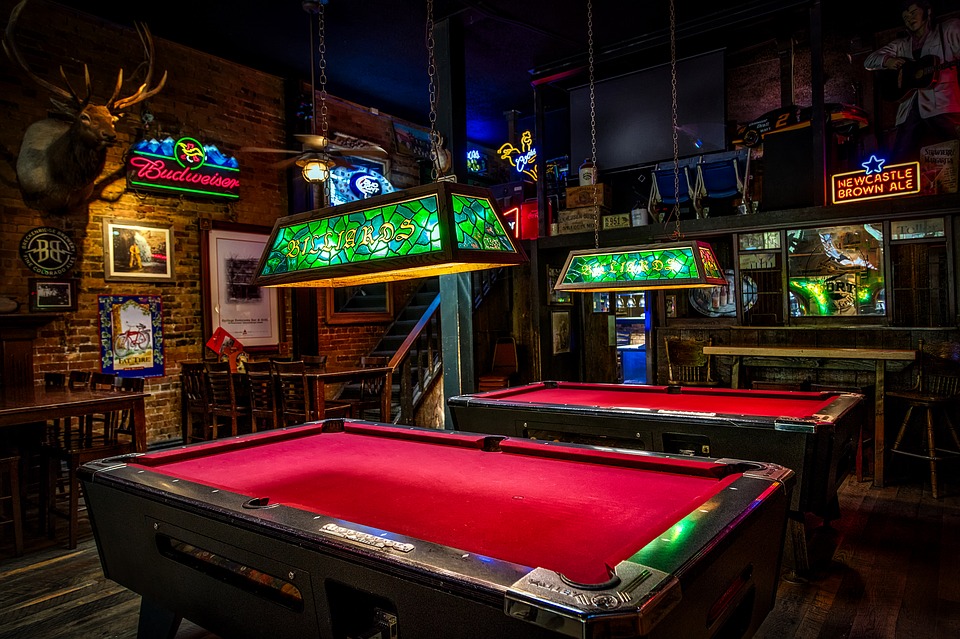 Playing games can never get out of fashion; especially in bars. They provide a sure way of unwinding that is refreshing when washed down with a bottle of whiskey. Games create friendships and provide a discussion to focus on away from the normal boring stuff concerning life. Below are the most interesting and amazing games you have to try next time you jot into that bar in Atlanta.

Darts is a really interesting game to play, especially when one is drunk. Well, here a player has to throw 3 darts per visit to the board. Its main goal is to reduce a fixed score and land the final one in to the bull’s eye. This game separates those who know how to maintain precision from the ones that wobble all over after a bottle or two.

This is the most enjoyable game to play in a bar. It brings together more than two players on a side. it is played using a red ball and two white ones and a black small one. A small secret is to always keep the arm you will use to shoot parallel to the line of shot but perpendicular to the table as you shoot. Ensure to practice this with free games before committing bets. It can be tricky.

This maybe the best bar game to play in Atlanta so far as it’s the cheapest, easiest and most comfortable for a bunch of guys marrying their 4rounds of beer. Videogames are played by two people and often compete to shoot or eliminate enemies. One needs to rent the pc and start off. Its rules are easy to follow and master too. It can be best to start with if you have no idea of what or how to play.

Also known as bocce ball, it’s perhaps the most interesting game to play in the bars except for the many and complex rules that one must know and practice during the play. It is played using 8 big balls and a small one called jack. The one that throws the jack must also throw the first bocce ball.

These games are provided freely by all bars in Atlanta therefore you cannot miss your favorite.